Sol, a Mexican beer born in 1899. We believe in Espiritu Libre and celebrate those who live with a Free Spirit. After centuries of thick colonial beer, a maverick German brewmaster wanted to give the people of Mexico a light refreshing beer and he created El Sol, which would later become Sol.

Sol is a brand of Heineken. Heineken International is a Dutch brewing company, founded in 1864 by Gerard Adriaan Heineken in Amsterdam. As of 2012, Heineken owns over 190 breweries in more than 70 countries and employs approximately 85,000 people.

This canvas gives the perspectives of two stakeholders; 110 international senior marketeers and CMO’s on one hand and the Global Marketing Manager Craft Beer and Sol Cerveza from Heineken.

Looking at the behaviour before the event we first need to explain how a company like Heineken works. Heineken is a brewing company with a global reach through different national offices in different countries in the world.

Heineken offers over 100 brands and national marketeers optimize their sales in their region by offering their brands to their specific market. So there is a lot of power decentralized. On the other hand, the owner of one of the brands named Sol wants these national marketeers to sell his brand of course.

For the 110 international senior marketeers and CMO’s the behaviour before the event was that they did not believe in the brand and were somewhat resistant.

The Global Marketing Manager had a huge target and felt only one chance left after his predecessor tried numerous times to push his brand.

The desired exiting behaviour for the marketeers was that they would believe in the brand and to show that they needed to sign declaration of independence, to join the 1% community who believes in Sol.

The Global Marketing Manager wanted his brand on the map and the fastest growing brand within Heineken. Both stakeholders job is to amplify the brand in their region. Reverting back to the roots of Sol, was reverting back to the soul of the brand; the Mexican Revolution and the Espiritu Libre (the free spirit) that Espiritu Libre was the promise for the marketeers and CMO’s because in a big corporation everything needs to be played to the rules and Sol is an exception.

As a joint pain both stakeholders felt that the brand Sol was not distinctive enough and was always referred to as “something like Corona”. The gain was that on top of the brand book, everyone could tell their own story. Everyone expected an “in the box” event where someone would dictate again to sell more Sol. But the Satisfaction was that the beer was sold more and sold in more countries.

Incremental sales went up 40% and the number of countries where Sol was served went from 5 to 56.

So how did they do that?

Everything happened on a fortress by the sea, just off shore, and everything was created like an experience through personal engagement, entrepreneurial spirit, street food festival and human connection to the brand. The instructional design consisted of  interactive performances, storytelling and cross-media materials. And no Powerpoint slides.

See the full Sol Independence Day after movie of of this award winning event below in the video: 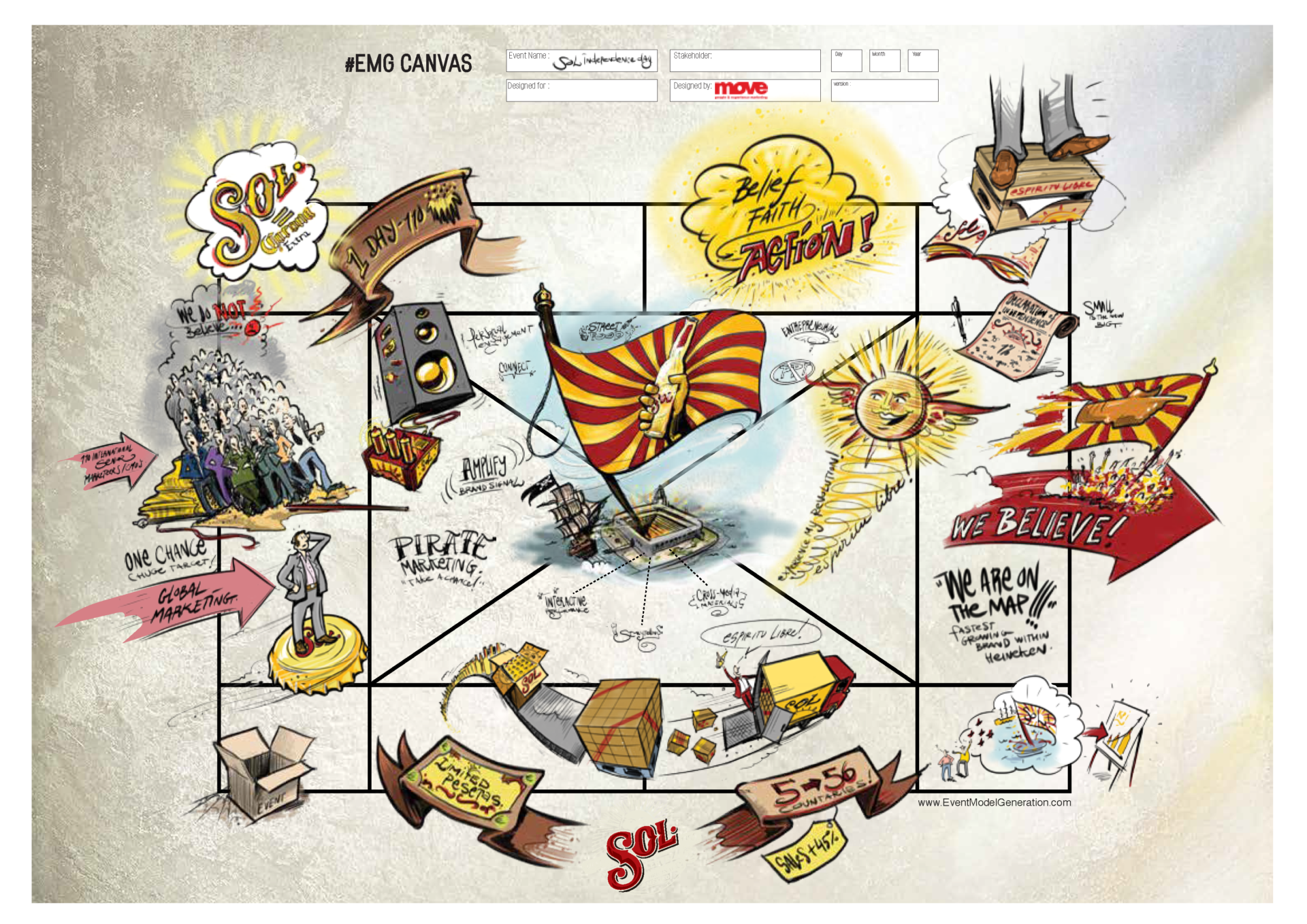