Symantec Corporation is an American technology company headquartered in Mountain View, California, United States. The company makes security, storage, backup and availability software and offers professional services to support its software. Symantec (including subsidiaries) is the most used certification authority according to Netcraft. It is a Fortune 500 company and a member of the S&P 500 stock market index.

This canvas gives the perspectives of one stakeholder: Event owner, Global events @ SymantecSymantec wanted to roll out their strategy to partners and their clients. Symantec had a plan to roll this out in 6 countries using a roadshow formula. Symantec’s Global Event Department wrote an RFP and awarded it to event agency MCI Germany.

Symantec’s main job to be done was to sell and deploy their strategy, communicated at their Vegas event, to their partners and clients in the EMEA market. The promise was strategy activation in 4 regions

Symantec’s pain was that it would be a travelling circus and could be hectic and a logistical nightmare. Symantec committed to sustainability through measuring  and potentially reducing the carbon footprint as part of their global approach on sustainability. Symantec wanted to measure next to sustainability also the behavioural change. in order to get better channel performance. Their gain was to influence as many as possible through this roadshow and their offering of products. As a result of this roadshow the strategy was activated in 4 regions. Thanks to measurement the great performance on the indicators was reported and the strategy was adopted.

It had to be an event which was rolled out very consistent in the four cities/regions. On the cost side with a fixed budget Symantec had to make decisions not to roll out in 6 but in 4 cities. Quality over quantity. Revenue wise, working with MCI resulted in some major cost savings and there was a direct increase of revenue in the regions.

The event was perceived as very good and the sales in these regions increased by 12% as a result of the event.

The road show from an experience point of view was done in the same way in the 4 cities. The first day a partner day and the second day a partner with client day. However the instructional design was tailored to the region and to specific audiences. Informing clients and partners and providing them with the right tools. All decentralised. 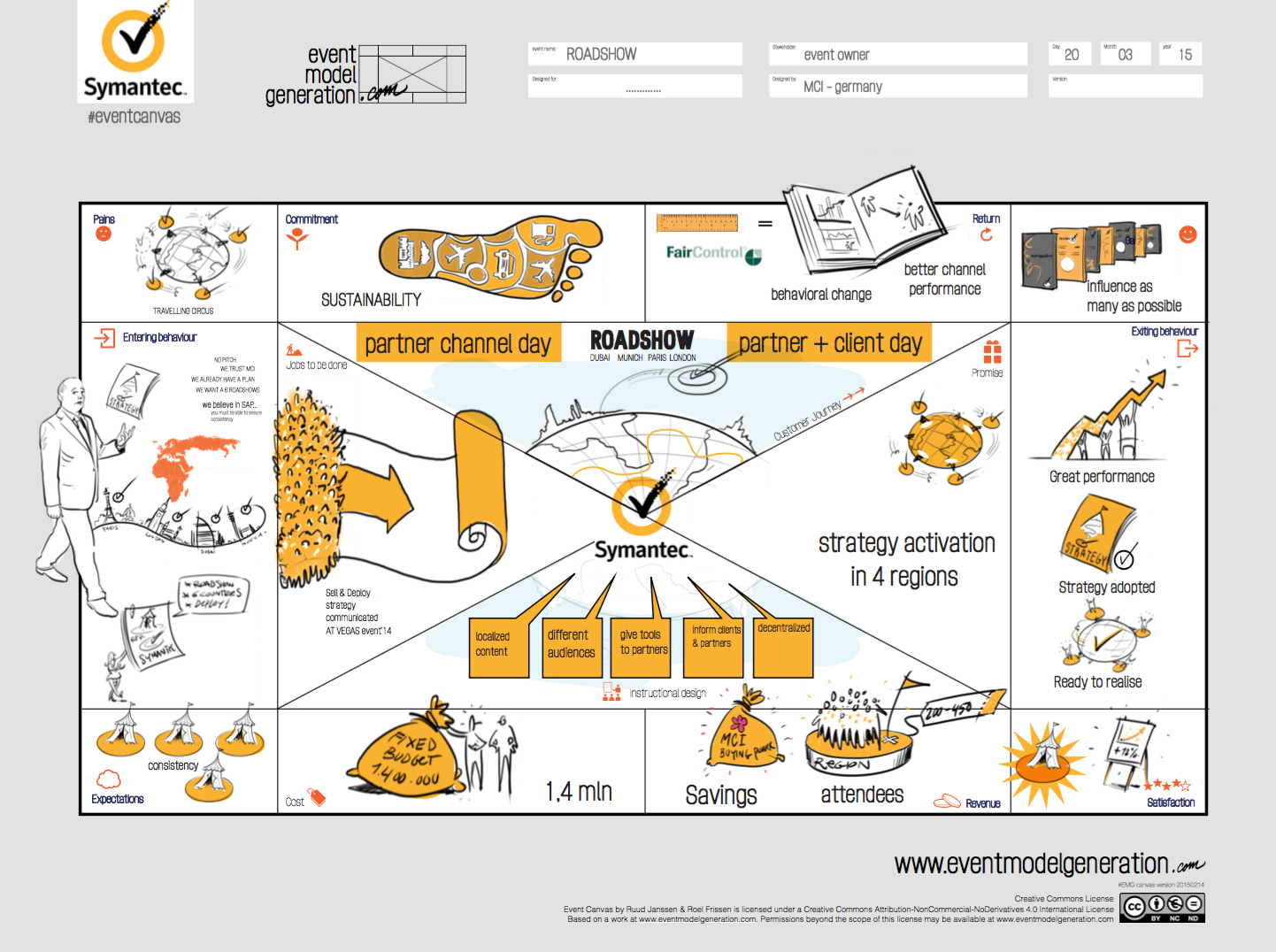